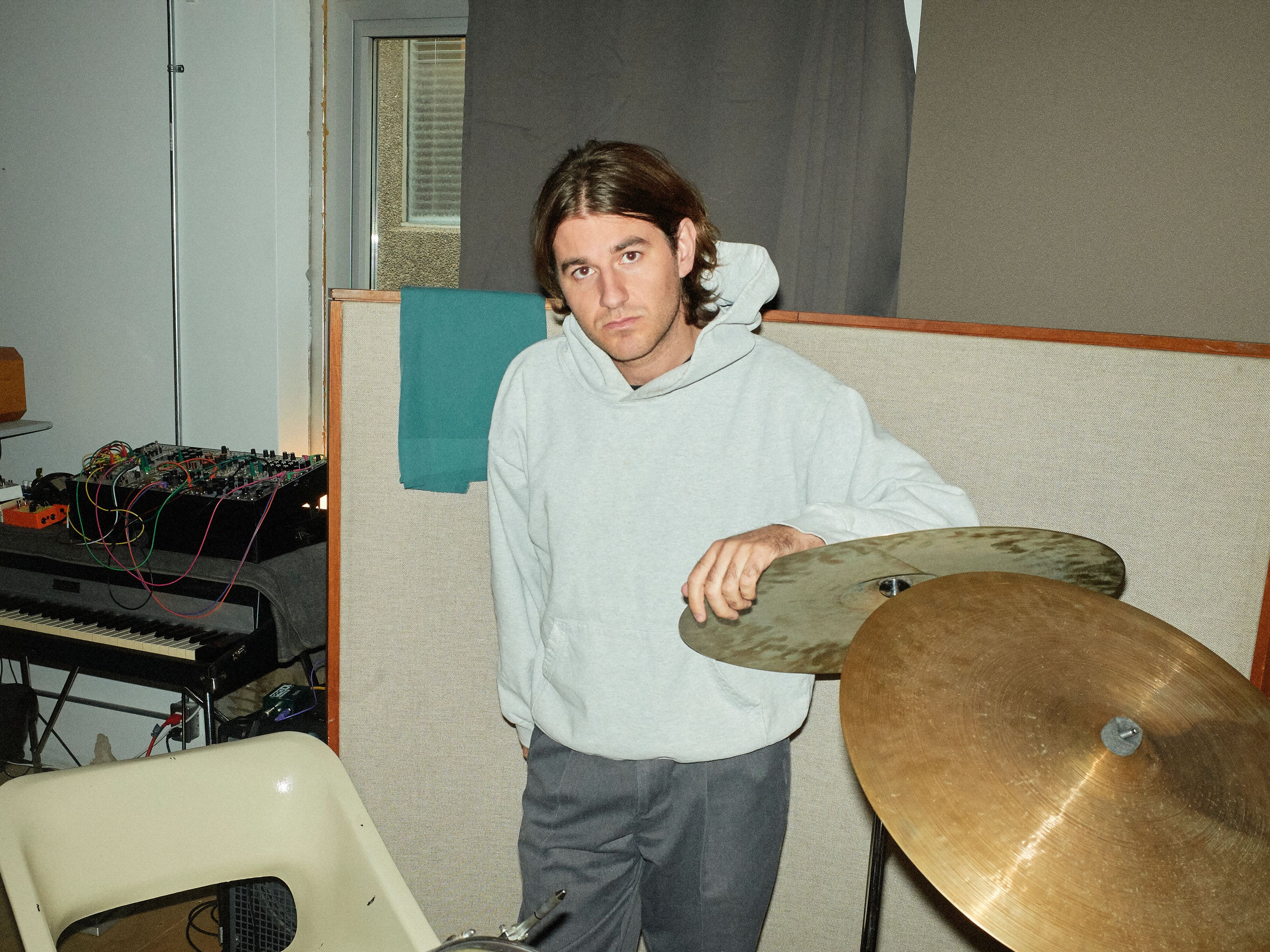 Patrick Holland is no stranger to ghosts. In the last several years, the Montreal-based musician/producer has become accustomed to odd noises, electronics breaking, misplaced items, and, on a recent occasion, a glass shattering spontaneously next to him. Annoying, to be sure, but he’s made peace with it; the unknown, after all, is only frightening if we allow it to be. This attitude is at the heart of Holland’s new album - addressed in part to an unnamed, pseudo-paranormal “other,” You’re The Boss is his first foray into guitar-driven indie pop, full of upbeat reflections on relinquishing control.

Like most touring musicians, 2020 found Holland at a crossroads. Known primarily for his electronic releases under aliases such as Project Pablo and Jump Source, he’d spent the last several years traveling the world playing DJ sets and festivals. Behind the scenes, he was also working as a mixing engineer, producer and remixer, lending his technical prowess to TOPS, Cut Copy, Jacques Greene, Homeshake, and more. In the standstill of the early pandemic, uncertainty manifested itself in the “ghost” - an amalgamation of Holland’s personal anxieties, the open-endedness of the future, and other unexplained phenomena. Rather than succumb to this doubt, however, Holland befriended it. “You’re the boss” became a sort of mantra in this effort, a reminder to surrender control as he dove into unfamiliar terrain. Over a period of several months, Holland wrote and recorded the album in tandem, playing most of the instruments himself as well as writing and singing lyrics for the first time in his recorded work.

Despite covering a lot of sonic ground, You’re The Boss also sounds remarkably cohesive, a testament to Holland’s airtight production and mixing capabilities. There’s tension on this record despite its gloss, to be sure - experimenting with lyricism and singing for the first time was an exercise in vulnerability for Holland, and the resulting reflections find him grappling with self-doubt. While it’s a stylistic pivot from the house and ambient textures of his prior releases, the keen melodic sensibilities that have always underpinned his music are on full display here.

It’s ironic, in a way, that an album about relinquishing control would turn out to be such a masterful display of creative faculty. Long-standing fans of Holland’s will find this unsurprising. Though it’s full of firsts, You’re The Boss sounds like the work of an indie artist decades into their career.